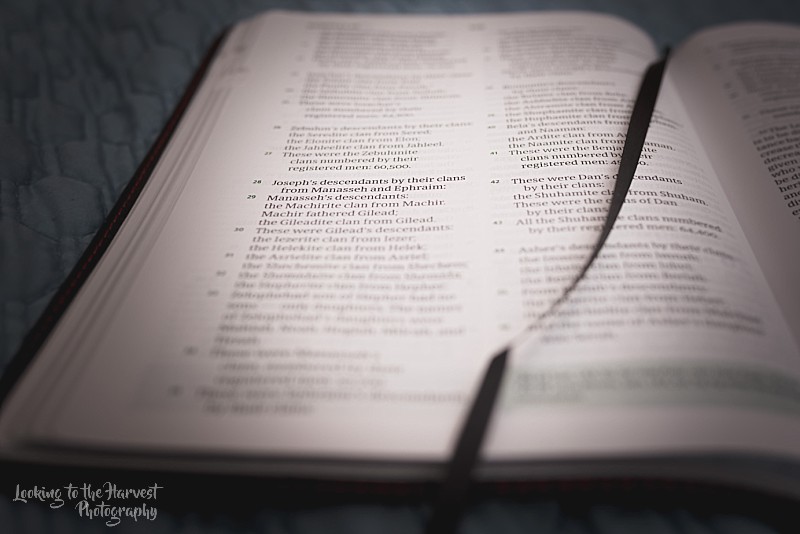 This is the third in my series Unpopular Passages. Click here to see all the entries.

I love a good checklist. There’s something satisfying in visualizing what I’ve accomplished. Those fancy goal-driven planners, exercise coaches, or diet gurus want us all to do the same. Don’t think about what you didn’t do, but focus on what you did.

It’s a great idea, right? While it definitely could be in some cases, if I’m honest by the time my head hits the pillow, it’s hard to not think about all that wasn’t.

But what if we actually should think about our failures? Nestled in the book of Numbers are two seemingly boring passages that have much to say about this.

Both in chapter one and chapter twenty-six, Moses lists out two censuses that go systematically  through each tribe listing names we secretly pray we never have to read aloud. They’re usually the passages we glaze over, unsure why it really matters that we know that there were 40,500 sons of Gad available for war.

Yet buried in these passages is a sober reminder for Israel and for us about how we prepare for battle.

Why take a Census?

Censuses were a way for nations to know their own power. The number of fighting men in a nation meant leaders could be confident to increase their territory and expand their land. 1 Censuses helped them know how to govern, and provided the data needed for taxation. They’re not bad in themselves as Exodus does lay out laws for administering them for the purpose of taxes (Ex. 30:11-16).

Yet the censuses in Numbers aren’t about taxation, but they tell a different story. In a great reversal of cultural norms, these two lists highlighted not the strength but the faults of the nation of Israel. God in his graciousness gave them a stark reminder of their weakness in these lists.

The numbers don’t add up

The first census in Numbers takes place in the beginning of their second year in the wilderness. The second is around thirty-eight years later, as the nation readies to take hold of the Promised Land. Like bookends that envelop the narrative of Numbers, these two lists tell the story of its nation. And unfortunately it highlights dark times. Search through Numbers, and you’ll find complaining, attempted overthrows, idolatry, and judgment. The inconvenient history of the Isrealites’ last generation is put on full display in this list, and God makes sure his people don’t miss it.

We see it in the names as Moses specifically calls out Dathan and Abiram who “contended against the Lord, and the earth opened its mouth and swallowed them up together with Korah.” (v. 9-10). Nadab and Abihu are also singled out as men who ignored the Lord’s commands for the priesthood and were killed because of it (v. 61).

We see it in the numbers on the lists too. The clan of Simeon dropped drastically from 60,000 to only a mere 22,000 perhaps pointing to the reality that the man slain by Phinehas (ch.25) was just one of many Simeonites who met their death for their idolatry with the Midianite women.

Overall there are 2,000 less fighting men in this second round of census, and we read the reminder that an entire generation has come and gone for their sin of unbelief save only Caleb and Joshua (Numbers. 26:65). This census is clearly not about measuring strength, but a severe humbling.

While we might skip over these names and numbers, the Isrealite people wouldn’t. They knew the stories about the ground that swallowed up Korah and hundreds of his men. Younger children lived through the plague that wiped out thousands because of their idolatry (Num. 25:9). These names were their own history, and the reminders were sobering.

It’s interesting that before the Israelites head to battle, God prepares them by showing them their weakness. He does it again in the book of Deuteronomy, as Moses repeats these same stories of fear, unbelief, and idolatry (Deut. 1-3).

This is very contrary to the pep talk we might be tempted to tell ourselves each day: “Tomorrow I’ll definitely be better!” God knows his people don’t need to be sure of their own power, but of his own mighty strength.

Because while the census tells of the Isrealites’ failure, it simultaneously tells of the Lord’s faithfulness. Look at the twelve tribes God carried through the desert for forty years. Look how he fed them in the wilderness, how he preserved them despite their rebellion, and how he kept promise after promise to Abraham. Though Korah died, the sons of Korah did not (Lev. 26:11). Though the clan of Reuben suffered for the sin of Dathan and Abiram, the tribe itself recovered in numbers.

Even in this humiliating list, we see the redemption of the Lord. And we can do the same in our own lives. It can be good to look back at what we didn’t do, for when we do we see God’s grace to us.

This kind of retrospect is not to guilt us for sins we’ve confessed, but instead to cement our faith in God’s grace to us. How else could God use a broken, chipped vessel like us to pour life into our children, but for the grace of God? How else could a couple of selfish, stubborn people muster forgiveness towards each other for some twenty-two years? We can’t get to these questions by focusing merely on what we’ve done well. We can’t get to these questions by repeating how we’ll try harder.

These questions of humility  actually leave us with the greatest hope, because we are reminded it’s not about our work. It’s never been. We’ll remember how we’re still called his own because of Christ’s righteousness (2 Cor. 5:21). We’ll remember the contrast of the bitter fruit of the flesh and the Spirit’s sweet fruit (Gal. 5:16-24). We’ll remember that it’s through only Christ that we live, move, and have our being (Acts. 17:28). And only then, will we be ready for the battle of the next day, week, or year- for we’ll know it’s not even ours.

Unpopular Passages: The Good, the Bad, and Queen Esther