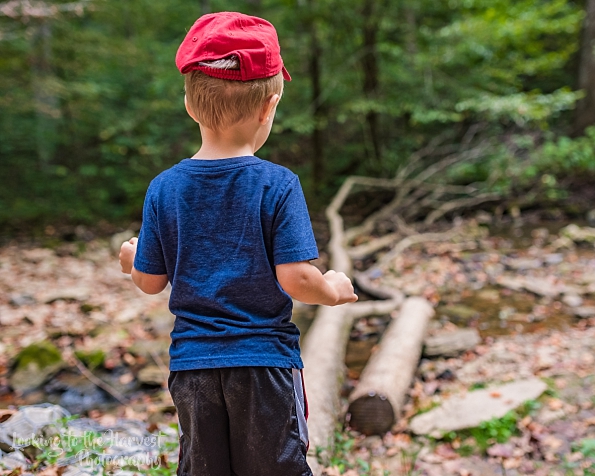 These days it might be hard not to find yourself afraid. The unknowns, maybe’s, and what-ifs sneak into our minds and prop up their feet.

Fear. It’s a feeling that, regardless of a pandemic, often pops into our minds until we can drown it out with a TV show or the nearest pleasure.

For Christians the commands to not fear echo throughout the pages of the Bible. But the reality of the dangers of our world often eclipse the warnings.

How can we be unafraid?

Deuteronomy finds several of these familiar passages about fear. As Israel is about to finally enter the land of Canaan they are given a reminder from Moses- it’s a sort of rally-speech. The Promised Land is theirs, but the bad news is-  it’s not empty. It is filled with nations, stronger and more numerous than their own.

It’s a phrase that is to be repeated by the priest on the day of battle (v. 2-3)- urging the soldiers to put their fears away. Yet after he says this, the next command brings a puzzling reality.

The next three verses are instructions to weed out men who should not go to battle.

I don’t know about you, but this is not exactly the kind of pep talk that I want to hear before battle. Weren’t they just told to be brave?

Yet there in lies the hope of this perhaps boring passage on war instructions:  the absence of fear is not marked by circumstances but by something greater. Verse four tells us plainly the greater hope-  “for the Lord your God is he who goes with you to fight for you against your enemies, to give you the victory.”

The Israelites went toward battle with two things- the presence of the Lord, and a sure victory. This was the reason that they should not fear. Yes, they still might die, it’s true. Their circumstances would not be absent of pain, but they had something greater that motivated them. They had Yahweh with them.

Besides his presence, the soldiers were told that God would give them the victory. This is so important. What soldier wants to give his effort and life for a cause that is worthless? While men might heroically march towards death, it’s usually in the hope that their death will mean something- that it will help secure the victory in some way. The Lord reminded them their labor was anything but a lost cause.

The speech on that day of battle was a reminder to the Israelites of the promises of God that were sure- ones that would motivate them.

We may not be suiting up for a literal battle, but these words of hope are the same for us today. When you switch on the news and fear for what the next six months or year will look like- you can remember that the Bread of Life will go with you through every single one of those days. When you are awoken at 3 in the morning for another night of sleeplessness and wonder if you’ll be able to go on- remind yourself that even in the dimness of the early morning, Yahweh- the fount of living water is with you. It’s his strength and his grace that we so desperately need when we are scared, overcome by our sin, or facing difficult situations. And he will give it to us- for he is near.

The God who loves us, adopted us as his children, works out all things for our good, and is sovereign over all creation goes with us. Let that sink in.

Furthermore, he goes with us in a fight that has already been won. We don’t struggle each day against sin and a painful world in vain.  When we’re crying by the crib of our child who won’t sleep, when we despair over the pain of loved ones, or when the what-ifs really happen- remember that our end is in victory. It’s the greatest victory we could ever imagine- dwelling in the presence of Christ.  Each day we open our eyes and press our feet to the floor, we don’t face a worthless battle. Our labor isn’t in vain because Christ’s death and resurrection has given us hope that is a sure anchor for our soul (Hebrews 6:19).

Friends, the Lord goes with us if we are adopted children of Christ, and he has already secured the victory. May we preach these two truths to ourselves on each day of battle that brings the what-ifs of life before our eyes.

He May Not Stop the Storm