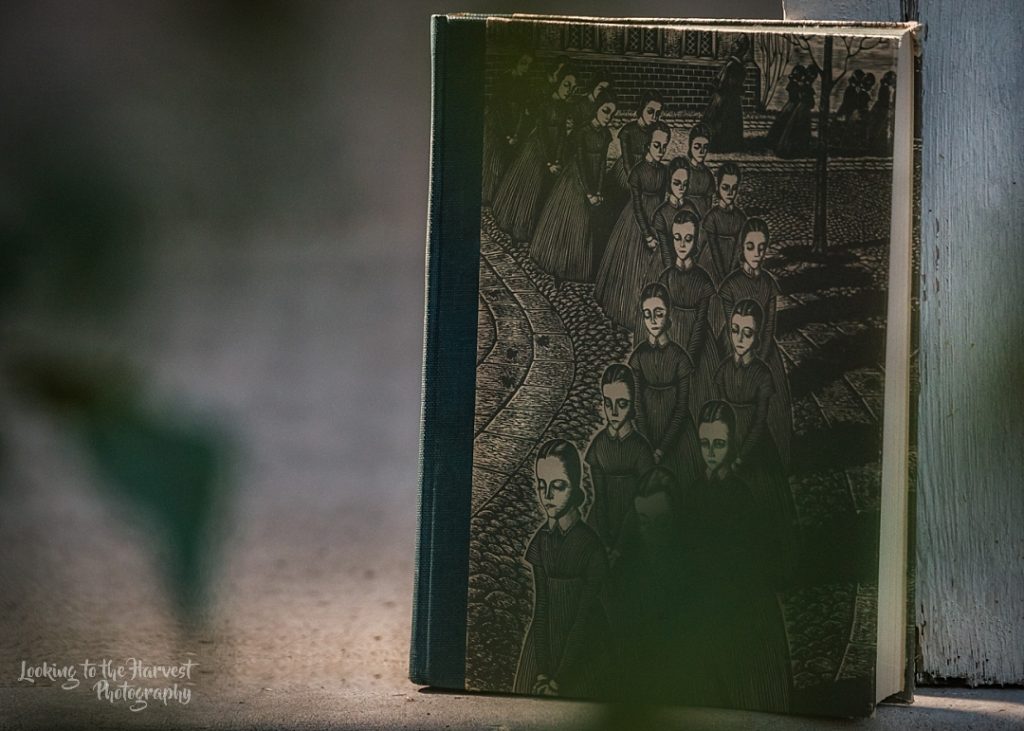 Why do I hope in Christ? The question presses on me even more these days.

I log onto social media and find another Christian singer, podcaster, or friend deconstructing from Christianity. Real stories of abuse or poor teaching often permeate their stories that led them to leave the faith. My heart aches, and at times rages for what should never have been. Yet I just can’t follow in desertion either.

Deconstruction may be a hot topic now, but we’d be mistaken to think it a new phenomenon. Despite the many resources on the subject today, I’ve found one of the greatest discourses from the pen of a young woman named Charlotte in the year 1847.

It’s a book I’ve treasured through various stages of my life, and I believe gives one of the clearest pictures of how to walk the line between vital correction and complete deconstruction.

Pulling Off the Mask

Charlotte Brontë’s first novel Jane Eyre paved new ground in the world of fiction. Hidden under the pseudonym of Currer Bell, Charlotte harshly critiqued her contemporary culture and many in the church. The reception of her book proved she pushed buttons.

The main character Jane is an orphan who spends the first ten years of her life emotionally, spiritually, and physically abused by her aunt and cousins. Later she enrolls in a school that’s more reminiscent of Handmaid’s Tale for little girls. They eat too little, shiver constantly, and feel the constant damnation of hell for any disobedience.

The superintendent of the school epitomizes Charlotte’s indictments when he condemns a child for her natural curl while his primped and polished wife and daughters stand in the very same room.

Charlotte pushes against immoral Christian hypocrisy, but she doesn’t stop there. The final volume of her book spends a great deal of time describing another Christian man who is so pious he has renounced the everyday work of God and in turn continues to wound those around him for the sake of his idealized mission.

Do these charges sound familiar? Hidden immorality, abuse cloaked in Christian verbiage, callous threats, and pious, unfeeling saints? It sounds as if these caricatures were written by someone on Facebook instead of the nineteenth century. Jane’s situation is reminiscent of many of those deconstructing today—who  often have real abuses, real hypocrisy, and real hurt in their past at the hands of church members.

Yet Charlotte’s attacks come by way of a scalpel, not a sledgehammer. Though many Christians painted the book as irreligious, Brontë never desired to crush religion. In the introduction of her second edition she responded: “Conventionality is not morality. Self righteousness is not religion. To attack the first is not to assail the last. To pluck the mask from the face of the Pharisee, is not to lift an impious hand to the Crown of Thorns.”

The heroine Jane may have experienced atrocities in the name of Christ, but through this character Brontë also demonstrates why faith in God is necessary.

As an adult, Jane meets and falls in love with her employer. They find in each other deep friendship and the fellowship of equals. On the day of their long-awaited wedding, Jane discovers her fiancé is already married to a mentally-ill woman. Jane must choose: attain utter happiness with the man she loves as his mistress or hold firm to her moral beliefs of right and wrong.

She chooses to hold to her beliefs and tears herself from her best friend. In bravery she finds herself homeless, starving, and near death because she wouldn’t allow her passions to dictate her actions.

Our current culture might find Jane no different than the pious Christian Charlotte mocks in the book, yet this is far from true. She still loves Rochester deeply, she feels passionately, and she doesn’t pretend otherwise. She hasn’t papered over those feelings, but only directed them.

Why does Jane deny herself happiness in order to please “religion”? Quite simply it’s because Jane (and, thus Charlotte) has a true understanding of man and the meaning of freedom.

When Jane saw hypocrisy in God’s servants, she became further sure God is the remedy.

Jane states, “A wanderer’s repose or a sinner’s reformation should never depend on a fellow creature. Men and women die; philosophers falter in wisdom, and Christians in goodness: if any one you know has suffered and erred, let him look higher than his equals for strength to amend and solace to heal.”

Jane knows man is weak, precisely because she has witnessed it herself.

In the height of her sorrow she proclaims, “I will hold to the principles received by me when I was sane, and not mad—as I am now. Laws and principles are not for the times when there is no temptation: they are for such moments as this, when body and soul rise in mutiny against their rigour.”

It’s these laws and principles which Jane watched countless Christian men and women in her life break—tempted by sex, greed, power, status, wealth, and pride. They gave way to their passions, just as men like Ravi Zacharias, Mark Driscoll, and other lesser-known men and women in our day have done.

Jane would not do so. She wouldn’t be the hypocrite, but would be the one who held. She would not depend upon another group of weak men, but upon God—the only one who would never let her down. And in doing so she found true freedom, for she didn’t give in to a fool’s paradise.

The Balance of Both

Jane understood the reality that Christ grants true freedom. This is our hope. This is my hope. In his book, Sanctification, Michael Allen writes that our union to Christ “makes the human person more human, since it restores the created destiny of humanity…”

I hope in Christ because without him any freedom I believe I have is merely a smokescreen. I’m left crying with the Psalmist, “Who have I in heaven but you?” (Ps. 73:25). The Lord alone abounds in true graciousness, compassion, and steadfast love (Ps. 145:8-9). Love and faithfulness meet, and righteousness and peace kiss in Christ alone (Psalm 86:10-11). It’s in union with Christ that I find who I was made to be, where I find life. To whom else would I go?

Yet at the same time we must not turn a blind eye to evil within those who claim Christ. It can’t be papered over. This is why Charlotte gave us a heroine who was strong enough to challenge the wrong teachings of the church. She critiqued false piety, damaging conventions, and hypocritical leaders. Yet in her strength to push against wrong in the church, Charlotte’s character was just as strong to withstand throwing it all away for a lie.

Charlotte challenges us to do the same today. If you’re discouraged by the actions of some in the church, you’re not alone. We should critique damaging conventions that aren’t outlined in the Scriptures and call out the hypocrisy of those who bear the name of the Lord.

Like Jane, I’ll keep my hopes clutched on the person of Christ. I hope you do too.

Is it Really True?