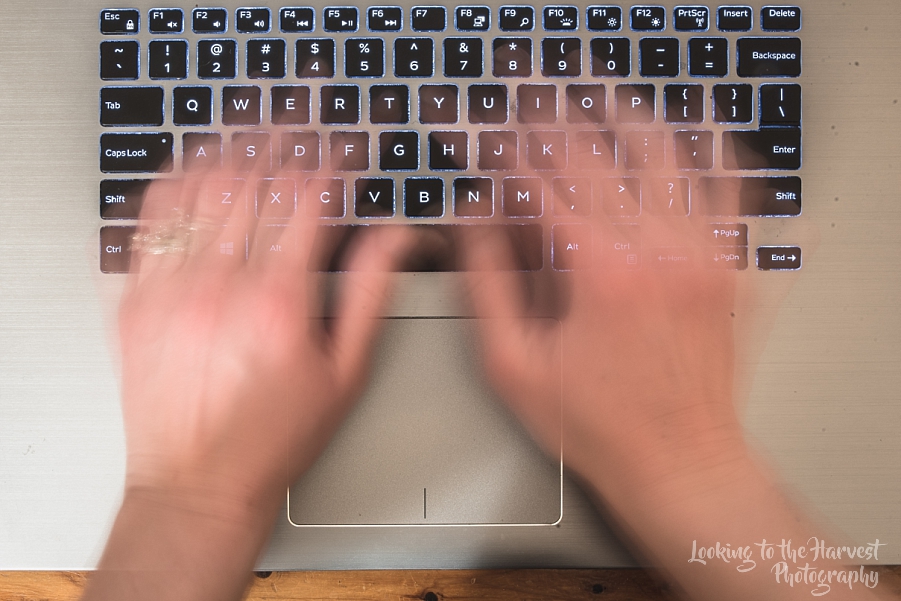 “Writers write.” It’s a phrase I’ve heard countless times since venturing into the world of writing. I’m not one for putting too much stock in labels, yet each time I hear the phrase, guilt sets in.

If true writers will find opportunities to get their words on a page, perhaps I’m not a writer. Some weeks I can barely get out one article. I don’t believe I’m alone. There are many gifted writers I know who have found themselves in seasons up to their elbows in taxiing children, new jobs, or late night feedings. The extra moments of their days are quickly filled by responsibilities at church, home, or at times- well-deserved sleep. Should the title be stripped from them?

It’s such a funny phrase when you think about it. We don’t use the same kind of language for other professions. Do only true engineers engineer? Farmers farm? Police officers- police?

In essence- of course they do, but I know enough farmers, police officers, and engineers to know that they too spend a great deal of time filling up their workday with something other than their main profession. Yet we don’t tell farmers that they are no longer a farmer because they are fixing a tractor rather than planting.

So where does this leave writers? I do believe that there is discipline required in anything you set out to do, and for the writer part of that means hunkering down and just doing it. Yet, recently as I’ve been reading about the Medieval Ages, I’ve found returning to some of the early views of writing might help craft an interesting perspective on this conversation.

We often think of the oral ages as very far removed from the literate age-when words were put down to paper. We might assume once the written word became commonplace, the need for the old tactics of memory and storing away its treasures went by the wayside. But what’s interesting is, in the Medieval Age scholastics like Socrates, Thomas Aquinas, and Plato saw the written word merely as a cue for what they held in the storehouses of their memory. Aquinas expressed this in his work Summa theologica writing “things are written down in material books to help the memory.” 1

In her study on memory in the Medieval Age, Mary Carruthers displays this pattern by noting that Ancient Greek had no verb that meant “to read” but instead used anagignṓskō, which means “to know again” or “to recollect.” Latin’s word for read meant “to collect”, or “to gather.” 2 These are all words that speak plainly to the importance of what is stored in the mind over what is on paper.

In these pre-modern times, memory was a key component of life, not only for recollection, but even for virtue. Everything you heard or read was to be written first and foremost on your mind. Like a catalog of indexes, you would write your learning systematically, so you could easily draw from its treasures. Colors, textures, and feelings surrounding the information were all very important to this process of writing to your memory.

Carruthers goes on to say that “none of the texts I have encountered makes the slightest distinction in kind between writing on the memory and writing on some other surface.” 3 The scholastics not only valued writing on the mind, they saw it as no different than writing on paper. They stressed writing on one’s mind because it would be available for recollection and arrangement without any paper or extra time. This truth is demonstrated by Thomas Aquinas’s work Summa theologica which Carruthers noted was said to have been composed mentally and dictated all at once.

I wonder in a day and age that highlights the tangible, the measurable, and the immediate if we have somehow lost some helpful definitions in the process. We seek proof of our labors as a writer, but perhaps we forget that to write might mean something much more than simply inscribing symbols on a computer screen or upon a paper. Just as the work of a farmer is not isolated to one measurable event, some of the most important writing might take place in our own minds. We may not be memorizing reams of text, but the scholastics’ view reminds us that writing occurs at any moment- as we think, read, listen, laugh, cry, remember and inscribe it all in our memories.

Writers should write, and I believe they will write every day. They might craft a question while stirring the pot of food for their evening dinner. They piece words together while folding laundry, or string characters and plots for an evening bedtime story for their kids. They etch the concepts, ideas, and arguments upon their mind that lay on the pages of the book before them. Or they imprint the words that reverberate through their ears from a podcast or a song. And all throughout the day they might rummage through the files, quotes, and phrases from the shelves of their minds and piece together something new. Perhaps it won’t find a page to land on today. Yet it exists. And it gives pleasure and glory to the only other one who sees it.

So yes, I believe writers will write. But I’ll ask- is our definition of write big enough?

Lord, Make Me a Cattle Prod

Striving For Our True Home

How I Fell in Love with Reading (Again)