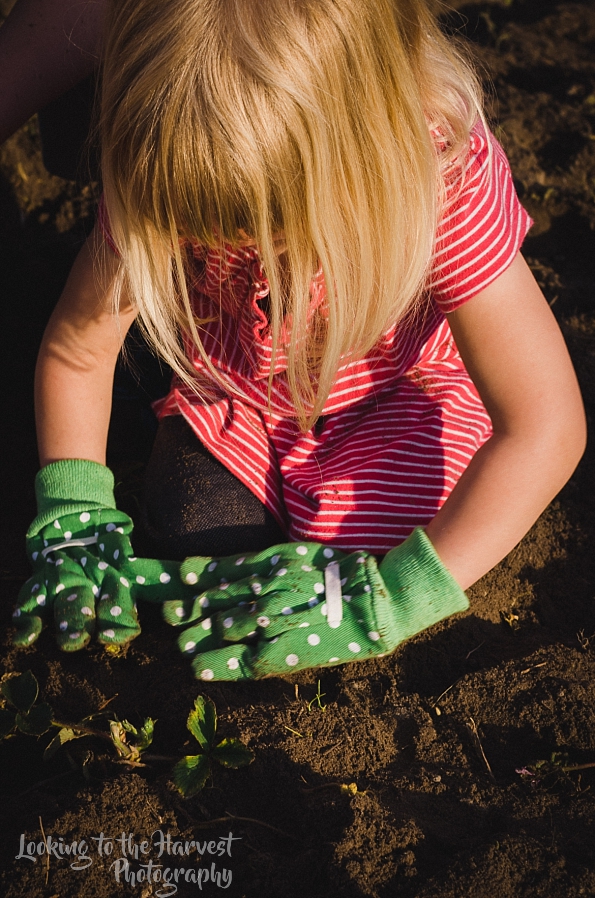 This week we finally got our garden planted. We’ve always had a garden since we moved into this house. Each year we push our giant tiller out to the back of our property and prepare the ground for whatever seeds I’ve become excited about. Each year I plant with hope- imagining the buffet of lettuce, the green beans for canning, and the abundance of tomatoes for salsas, sauces, and fresh eating. The trouble is-we aren’t the best gardeners. Sure we’ve gotten some results, but between pregnancies and caring for three small children throughout these past few years- the weeds always won.

We’ve tried everything to get a handle on our failures. We attempted fertilizers and straw to try to keep up on the weeds that choke out our plants from the nourishment they needed. Last year we were sure we had solved the problem. We laid down plastic fabric over the entire span of the garden. Small holes were created in rows for our plants to grow through. We were just like the nurseries now!  Surely we had it this time.

Four months later beads of sweat dripped off my forehead while I attempted to find the plastic fabric amid the mess of weeds. We’d failed again.

That day while I laughed and yanked on weed after weed in order to roll up our sad pieces of fabric I came to the only logical conclusion. If we wanted a garden that would stay clear of weeds- we didn’t need a new gardening method, we needed a new gardener. It clearly couldn’t be me.

In that moment I was reminded of the Israelites- who came to the same conclusion themselves- though about something much more important than mere weeds. They had just been led out of Egypt and had seen the mighty acts of the Lord. They watched water turn to blood, frogs invade a city, the sun disappear for days, and the walls of the Red Sea walled up beside them as they walked through.  Now they stood at the bottom of Mount Sinai, and they heard the voice of the Lord and immediately their hearts were overcome with fear. They cried out, “If we hear the voice of the Lord our God any more, we shall die.” (Deuteronomy 5:25). In their fear of the glory of the Lord, they told Moses to go speak to the Lord for them and report back his words. They knew it had to be someone else.

But wasn’t God on their side? Hadn’t he just shown them how they were his people as he took them out of the land of Egypt? Yet despite this, God answered their response with affirmation.

“I have heard the words of the people, which they have spoken to you. They are right in all that they have spoken. Oh that they had such a heart as this always, to fear me and to keep all my commandments, that it might go well with them and with their descendents forever.” (Deut. 5:28-29, emphasis added).

Despite all the reasons they might fabricate for why they deserved to be in the presence of God, when the Israelites saw the glory of the Lord, they knew they couldn’t stand. Their nature was ultimately sinful- their priority was rebellion against God, not submission to him. Seeing just a taste of his glory through his voice on the mountain showed the Israelites this truth.  They couldn’t muster up a new heart on their own, they needed someone outside of them- and God himself agreed.

In this narrative, Moses as mediator is a shadow of the mediator God’s people need and have in Christ. Like the Israelites we can’t come before the Lord on our own. The words they spoke are true of us today, “For who is there of all flesh, that has heard the voice of the living God speaking out of the midst of fire as we have, and has still lived?” (Deut. 5:26).

Yet too often, like me and my garden, we try our best to fix ourselves and assume we can be presentable to the Lord on our own. We’ll try all the tricks, sure that this time we’ll be able to claim righteousness on our own. Bible studies? Yeah I’ve got that down. Being nice? Of course I can do that and he’ll be pleased. We easily focus on the outward actions and don’t see that the real problem is what’s inside.  We don’t need another trick or another checklist to combat our sinfulness. We need a whole other person. We need someone to do it for us. We need Christ.

The greatest news is we have him. We have him not just for the moment we first trusted in him. We have him a week later, two months later, and twenty-five years later. We have him each day- reminding us that it’s through his work alone that we are able to do anything. It’s because of Christ’s finished work in his life, death, and resurrection that I can approach the Lord each day.

It’s not through making my environment perfect, it’s not my own gumption, it’s not because I can discipline myself enough to stop sinning. It’s because of the work of someone else.  Someone lived perfectly when I couldn’t. He took the punishment that I owed. And that someone- our Savior, Jesus Christ ascended to the Father to be a pleasing offering in the presence of the Lord, and he brings me with him. This is why I can dwell in his presence, and bear his fruit.

Instead of wasting our time with our own attempts, let’s face reality. We need someone else- and we have our mediator in Christ. Never stop leaning upon him. 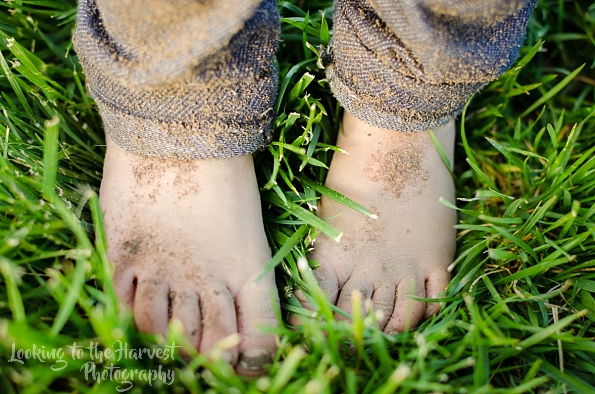 Drowning In All the Voices Around Us