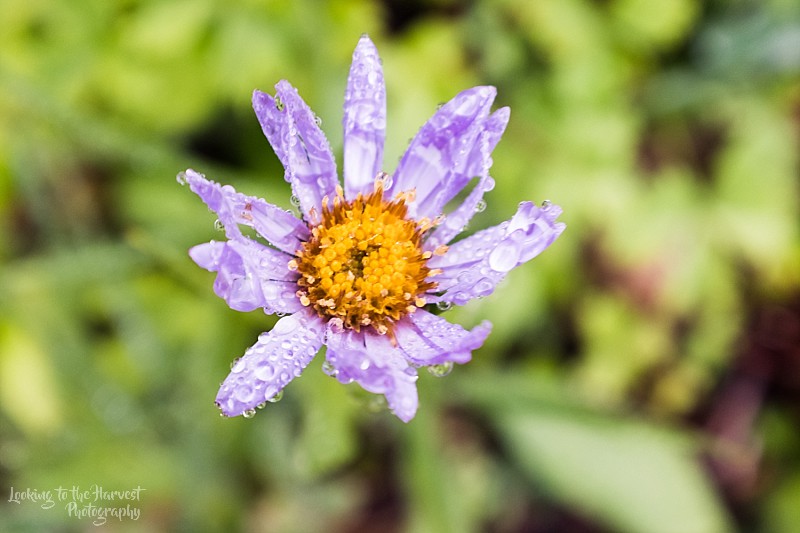 The beginning of Easter week is only a few days away. But as we get our Resurrection eggs ready and fill our fridges with crescent roll tubes to make empty tombs, perhaps you might prepare for Holy Week by thinking about another famous week. This week occurred long ago, in fact it was the very first one. Those simple seven days of creation that fill our children’s books and nurseries are what lead us to celebrate this Easter Sunday as the eighth day of creation. Have you heard of the eighth day?

Well in order to explain the eighth day, we need to start at the first.

In the beginning, God created the heavens and the earth. Ten simple words tell us how the non-existent suddenly existed. What was nothing became something. Slowly and methodically, the triune God ordered his creation. First he spoke the light into existence and separated it from the darkness. Next he parted seas, hung the sun, moon, and stars that would guide generations to come.

Then he filled the skies with soaring creatures, and the seas exploded with life. The days passed by. One, two, three, four.  Animals from big to small stomped on the lush earth completing day five. And all was very good. On day six God took the dust of the ground and fashioned a man, breathing into him his first breath of life. From man’s own rib the woman was made—bone of his bone, flesh of his flesh breathed by the same Spirit.

There was evening, and there was morning. The work was finished, and on the seventh day God rested.

These first seven days of God’s creation were a blueprint. He created, his creation flourished in its goodness, and then he rested.

But Adam and Eve didn’t imitate the plan. We all know what happened. As God’s image bearers they were created to rule, fill, and bless the earth by their obedience, but instead of God’s glory they sought their own. Shunning obedience, they reached for rebellion. That first taste of sin spread quickly, first to the blood of a brother, then down the line of humanity, as each man grasped towards the heavens, not for their maker, but for their own splendor.

Death touched every inch of the world God had made. From barren wombs, to famine, and injustice—the curse of sin seeped throughout the world. We feel this now don’t we? Another shooting fills the news and we can’t escape it. The past year of pandemic, unrest, and natural disasters proclaim all is not as it should be. Our daily battle with our own sinful hearts and our own broken bodies leave us aching for something new. Yet what Christ brought us on the cross was just this. In his mercy the creator brought recreation.

Formed as a little baby, Jesus was born, grew, and lived. Though he was fully God, he was also a man born from the dust of Adam’s line, yet this son followed the blueprint of his heavenly Father. He came to finish what was begun. This is why Christ’s whole life was necessary, for his thirty-three years of obeying and walking in the statues of the Lord accomplished what we could not. His life was good. Good in the truest sense of the word.

Nailed to a tree Christ continued in obedience and his own will to bear the weight of punishment for all we didn’t do. In the final moments of his breath he cried out, “It is finished.” Finished.

Just as God finished his work and rested on the seventh day (Gen. 2:1-2), Christ proclaimed on the cross the final completion of the old creation. The work was done, and he breathed his last on Good Friday, only to be taken to rest in a tomb on the Sabbath—the seventh day. (John 19:31).

What Adam couldn’t accomplish, Jesus did. And because the old creation was completed, we can call that Easter morning the eighth day (or as many say instead- the first day) 1. For with Christ’s resurrection came the first of a new creation. L Michael Morales summarizes it saying, “his death and burial were the death and burial of the old creation in himself; his resurrection dawns the new creation in himself.” 2

The eighth day is a day of new creation, and as followers united to Christ, this means we are a part of it already. Creation language fills the New Testament as Paul tells us in Christ we are a new creature (2 Cor. 5:17), that we are created in Christ (Eph. 2:10), and that we have a new self—created in righteousness and holiness of truth (Eph. 4:23-24).

The recreation we so desperately long for has already begun. It began on the eighth day, with an empty tomb that Easter morning. It’s true our bodies don’t yet feel it. Christ is the first fruits of the bodily resurrection, but “what has happened to the head will happen to the whole body.” 3 Our physical bodies will be recreated when our King returns  (1 Cor. 15:20-23, 2 Cor. 4:14).  In the meantime, we are still part of his new creation, not physically, but spiritually. Outwardly we may be wasting away, but inwardly we are being daily renewed (2 Cor. 4:16).

This Easter as we meditate on the cross don’t forget to remember the creation we long for has already come. God’s presence in the world is not a band aid for what’s broken. Instead, it is the movement of a new kingdom that will one day see its fruition throughout the entire earth. Likewise God’s work in your own life is no small matter. It’s a work of his new and lasting creation. We have been made new, and the beautiful fellowship and rest Adam and Eve were meant to have with their maker, we can now hold through Christ.

Rejoice this Easter in the passing of the old and the coming of the blessed new creation from the Father by his Spirit through the work of Christ.

Soar we now where Christ has led, Alleluia!

Ours the cross, the gave, the skies, Alleluia!

Of Rocks and Diamonds- How do we view our worth?

Striving For Our True Home